In 2016, Crimson Cup Coffee & Tea celebrates 25 years of coffee+community! This is the first in a series of blog posts about the milestones we’ve achieved along the way. 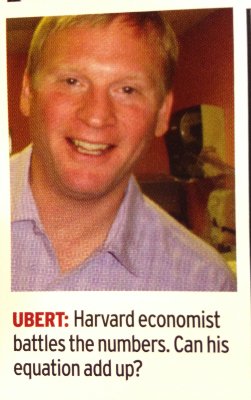 In August 1991, The Fresh Prince was fresh. MS-DOS 5.0 was cutting-edge tech. Fava beans were all the rage. And a young entrepreneur named Greg Ubert roasted his first coffee beans.

Months earlier, Greg had come to the realization that he just couldn’t fall in love with computer software. He did, however, love coffee – and saw a growing opportunity in the first wave of the specialty coffee movement. He decided his mission would be to blend and roast a better cup of coffee. “I think people will taste the difference,” he said.

So the recent Harvard University graduate left a conventionally promising career in Chicago. Moved back to his parents’ home in Columbus, Ohio. And started Crimson Cup Coffee & Tea with a tiny gas-fired coffee roaster in a one-room office.

Like most entrepreneurs, Greg faced numerous obstacles. The specialty coffee industry – rooted in the importation, roasting and brewing of the world’s top Arabica coffee beans – was in its infancy. It was headquartered in large, coastal port cities like Seattle and New York and had barely penetrated the Midwest. The Specialty Coffee Association of America was less than a decade old, and there were few opportunities for education in coffee roasting, brewing and cupping.

Undaunted, Greg immersed himself in specialty coffee. He learned all he could from coffee brokers and other roasters and began experimenting. Blending Colombian beans with African. Mexican with Sumatran. And when he finally had a few blends he felt good about, he started selling to Columbus businesses and coffeehouses.

Greg and Crimson Cup were on their way. But the journey to becoming a top coffee roaster was just getting started …