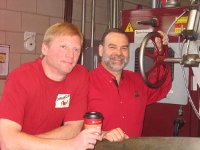 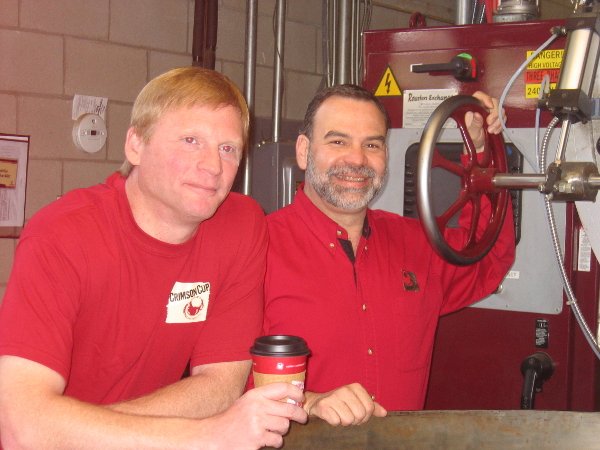 In 2016, Crimson Cup Coffee & Tea celebrates 25 years of coffee+community! This is the second in a series of blog posts about the milestones we’ve achieved along the way.

Less than a year after launching Crimson Cup, Greg encountered a mentor who would help him shape the company’s evolution.

In March 1992, he called on a coffee house in the student union of a large university. When he walked in, the line of customers was about 20 deep. To his amazement, the line evaporated in just a few minutes.

Greg introduced himself to the manager, Armando, who began outlining what he had learned through a dozen years of opening coffee houses. He shared insider secrets of marketing coffee drinks, laying out an efficient coffee bar and training baristas. He also explained which kind of coffee equipment to use, how to engage the customer, and many other invaluable insights about operating a coffee bar. And, he showed Greg the importance of “the dance” – using coffee shop layout to allow baristas to prepare and serve drinks with maximum efficiency.

Eventually, Greg mentioned the original reason for his visit: to sell coffee. Armando tasted Greg’s coffee and said it was good – but it could be better. What’s more, he could help. He joined the Crimson Cup team and helped to develop a coffee blend that would make a great espresso, a wonderful caffe latte and caffe mocha, and a fantastic drip coffee. The result was Armando’s Blend, still Crimson Cup’s #1 product.

Categories Coffee | Coffee Roasters | Coffee+Community | What's New at Crimson Cup
25th Anniversary Milestone 1: Greg Ubert Falls in Love with Specialty Coffee
How Much Does it Cost to Add a Brew Bar to Your Coffee Shop?