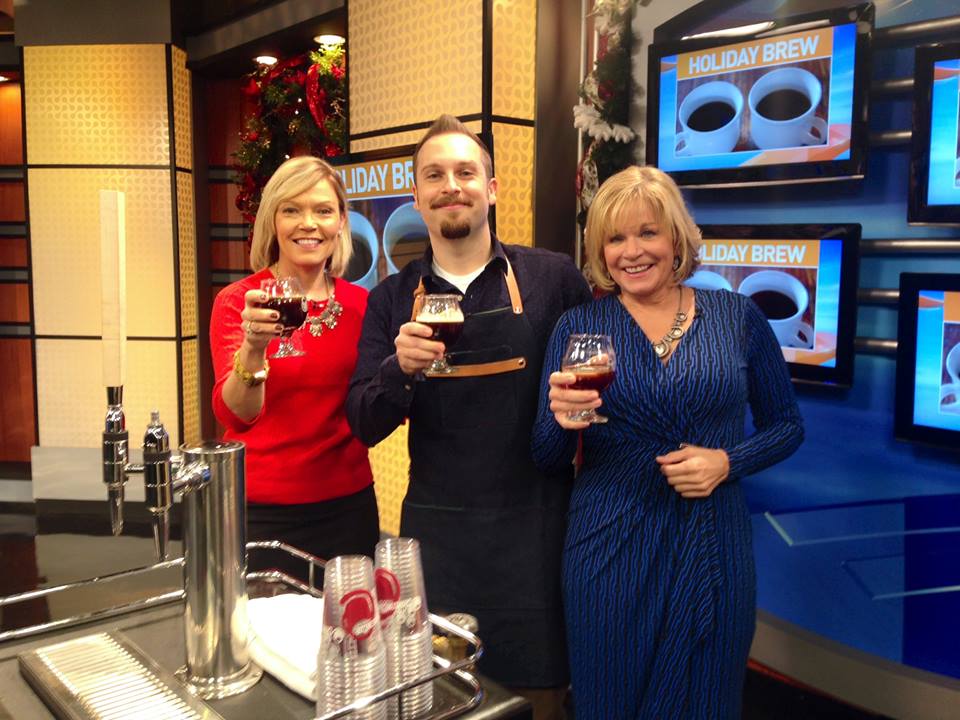 The Columbus coffee community has been buzzing about our Hopped Nitro coffees!

Good Day Columbus asked Coffee Specialist Brandon Bir to demonstrate the new Hopped Holiday Nitro, which is available through the end of the year exclusively at Crimson Cup Coffee House.

Brandon took a keg filled with Hopped Holiday Nitro to the Good Day Columbus set, where hosts Terri Sullivan and Shawn Ireland learned how to pour the nitrogen-pushed cold brew into a tulip glass.

He explained how the coffee team makes Hopped Holiday Nitro by cold brewing Crimson Cup’s exclusive Jorge’s Pick coffee. After dry hopping with whole-grain Oregon hops and a mixture of citrus peels, cinnamon and other spices, the coffee is finished off with a small amount of milk sugar for an even bigger body and slight sweetness.

After talking about some of Crimson Cup’s other cold-brews, Brandon gave tips for making cold brew at home. He also demonstrated our Global Coffee Tour holiday gift boxes.

Thanks to Terri, Shawn, and the entire Good Day Columbus team for extending a warm welcome to Brandon. Check out the video to see Brandon and the team in action.