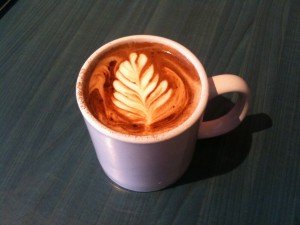 At Crimson Cup, we know that coffee leaves you feeling very energized. And, a growing number of studies are revealing even greater potential benefits of drinking your morning cup of Joe.

A team of Harvard University researchers recently published a study showing that women who drank four or more cups of coffee a day had a 25 percent lower risk of developing endometrial cancer than those who drank a cup or less.

Earlier this year, another Harvard research team reported that coffee may lower prostate cancer risk. Men who drank six or more cups of coffee daily had a 20 percent lower risk of developing the disease.

Coffee is the number one source of antioxidants in the American diet, according to a University of Scranton study. Antioxidants are compounds that protect the body from toxic free radicals, which are linked to degenerative disease, cancer and the aging process.

Other research has found coffee may lower the risk of Alzheimer’s disease, Parkinson’s disease, type 2 diabetes, gallstones and liver cancer.

Who knew something that tastes so good could also be good for you? Here’s to your health!