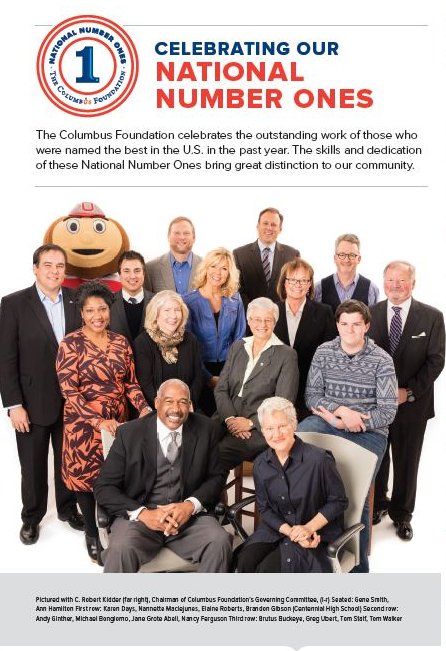 Crimson Cup Founder and President Greg Ubert was among the business and nonprofit leaders honored recently by The Columbus Foundation for being named the best in the United States for their accomplishments over the past year. Individuals and organizations were honored at the annual National Number Ones event held at the Foundation on February 19.

Crimson Cup was recognized as the best large coffee roaster in the nation for our 2016 Macro Roaster of the Year award from Roast magazine.

‘It’s an incredible honor to be part of such an illustrious group!” Greg said. “We’re proud that the city that has nurtured our success for 25 years ranks number one in so many ways.”

“Columbus is full of remarkable visionaries and people working together for the betterment of everyone—that’s why we celebrate our National Number Ones,” said Douglas F. Kridler, Columbus Foundation president and CEO.  “Together we are building Columbus’ reputation as a place distinguished by both its knowledge resources and its openness to new ideas.” Serving the region for more than 70 years, The Columbus Foundation is the seventh largest community foundation in the United States.

Congratulations to all the people and organizations who’ve put Columbus on the national stage!