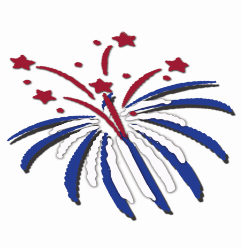 July 4, 2012 begins the 236th year of independence for the United States of America. As the national holiday approaches, we feel deeply grateful for the patriots who formed our nation on a foundation of liberty and justice. And for the men and women of our armed services who work so tirelessly to keep us free.

At the same time, Crimson Cup is celebrating our 21st year of supporting independent coffee shops. We’ve been privileged to witness these coffee shop owners carry on the spirit of independence that inspired merchants, tradesman, farmers and townsfolk from 13 separate colonies to come together in a new nation.

Spread across 26 states, these coffee houses are as individual as their owners and their communities. They’re located in quaint train stations, antebellum buildings, strip malls, modern convention centers and high rises. And run by people from all walks of life who decided to create a better quality of life — for themselves and their communities — by serving a better kind of coffee.

By celebrating their independence, these coffee shops are successfully competing against the corporate green giant and coffee shop franchises. They’ve created comfortable, inviting places for people to meet and to work. Provided employment in their local cities and towns. Become a vital part of their communities. And acquired the means to give back.

As you celebrate our nation’s independence next week, we invite you to try a cup of independent coffee, proudly brewed and served by a small business. You’ll be supporting the entrepreneurial spirit that keeps our economy running. And, you just might fall in love with better quality coffee.

If you’re in Columbus, you’re welcome to stop by our Clintonville Coffee House at 4541 North High Street. To honor those who keep us free, we’re donating a pound of coffee to our troops serving overseas for every pound of coffee sold at the coffee house from July 2 to 8.

And, if you’re thinking about joining the ranks of independent coffee house owners, we invite you to give us a call at 888-800-9224. By this time next year, you could be celebrating your own independence.