Coffee Services from Around the World

Another week has gone by, and another training session is completed for all of the cuppers here at Crimson Cup.  This week we covered different coffee services from around the world.  I wanted to give everyone an experience they might receive while in Vietnam, Ethiopia, or even Turkey.

Our second service we practiced was a traditional Ethiopian coffee service. 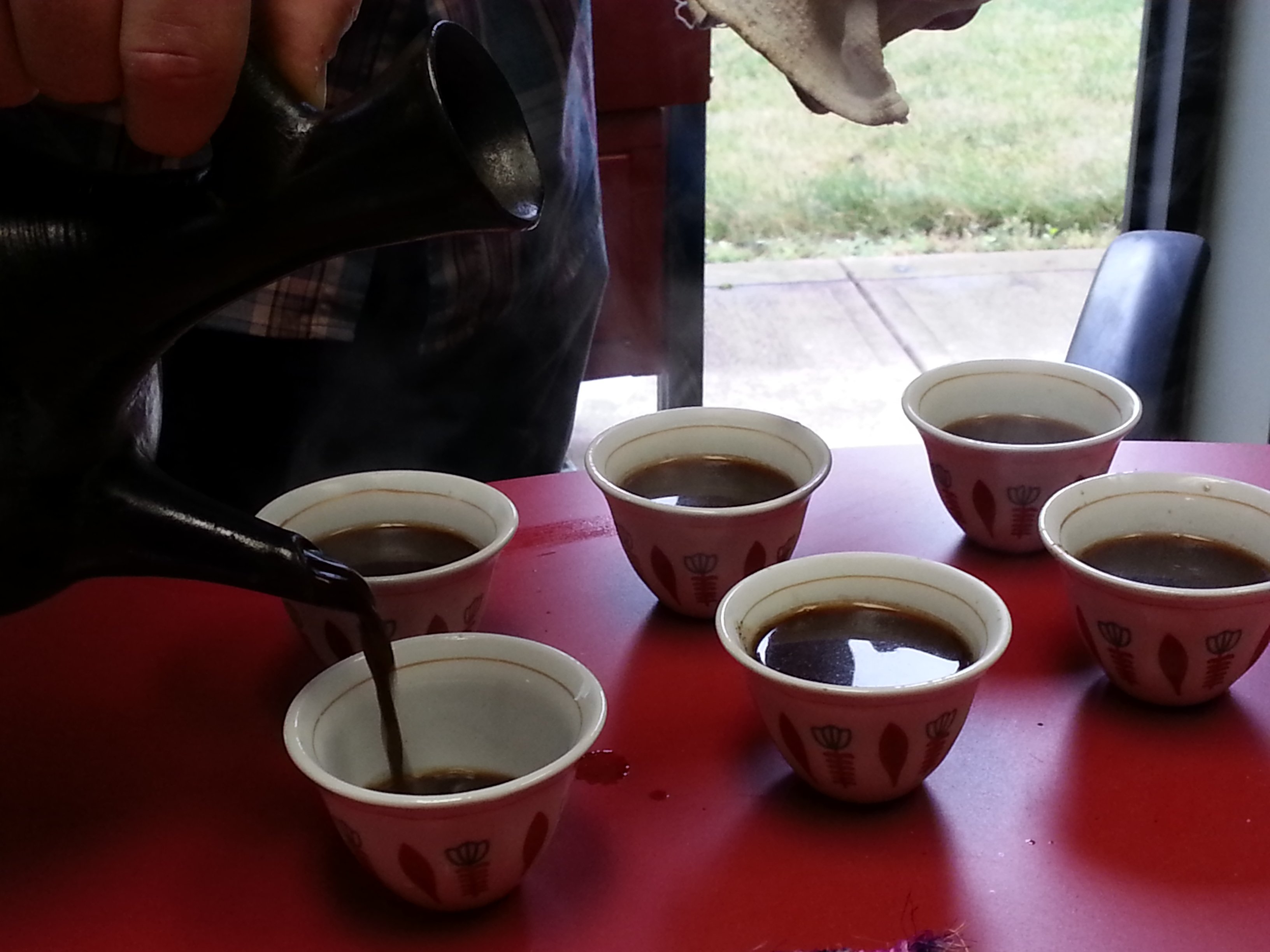 This is suspected to be one of the first coffee services practiced in the world, as Ethiopia is the birthplace of the coffee tree.  Coffee is usually served three times a day, in the morning, afternoon, and evening.   The service usually starts by pan roasting the green coffee beans, which are grown locally in Ethiopia.  After the beans have been roasted to a darker brown (full-city), they are then ground using a large mortis and pestle or another modest method.  Traditionally, this coffee is prepared using a clay brewer called a jebena and served in cups called ceinne.  The ground coffee is poured into the jebena, then cardamom pods and water are added (cardamom is optional though often seen in this service).   The pot is placed over coals or another heat source and is brought to boiling.  This is where we stopped though the mixture can be boiled several times before being served.  The coffee is served with sugar or salt with a side of popcorn.  This seems to be a great way to serve coffee, as the host gets a chance to explain the coffee during the long preparation time.