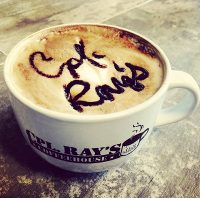 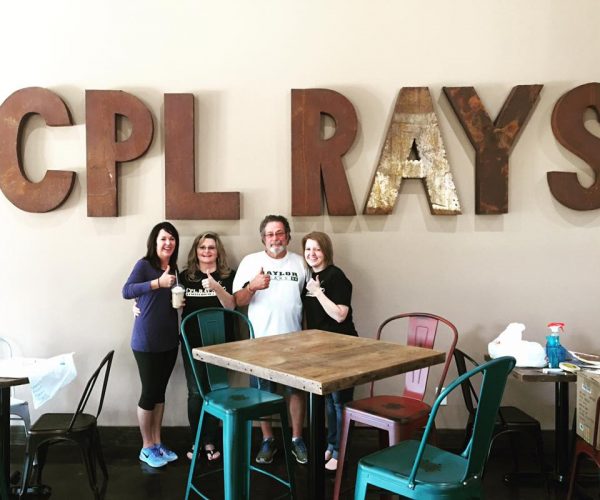 Congratulations to Jerry and Lonna Bevel on the opening of their third Cpl. Ray’s Coffee! Their new shop at 405 FM 1187 South in Aledo, Texas joins the original Cpl. Ray’s Coffee in Andrews, Texas and a second shop in Odessa, Texas. 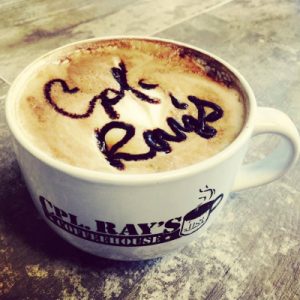 Jerry and Lonna founded the shops in dedication to their son, Cpl. Ray Bevel, after he was slain in Baghdad during Operation Iraqi Freedom. Their daughter Keisha Arnold manages the Odessa location.

“We’re thrilled at the success the Bevel family has experienced with Cpl. Ray’s Coffee,” said Crimson Cup Founder and President Greg Ubert. “The shops are a terrific tribute to Jerry and Lonna’s son as well as other members of our U.S. Armed Forces.”

The Bevels learned how to run a coffee shop through our 7 Steps to Success coffee franchise alternative program. Based on Greg book, Seven Steps to Success in the Specialty Coffee Industry, the program provides everything new business owners need to open and operate a successful coffee house.

Jerry Bevel cited the quality of Crimson Cup coffee as a factor in their success. “We provide the kind of experience and high-end coffee you see in Seattle and New York City coffee houses,” he said. 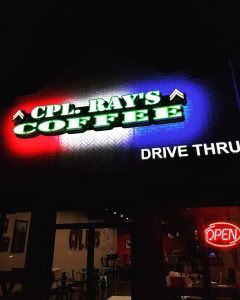 Cpl. Ray’s Aledo sits directly across from the Aledo middle school on the road connecting downtown Aledo to the main route into Ft. Worth. Featuring a drive thru and ample dining room space, the Bevels and their baristas are looking forward to serving commuters on their way into Ft. Worth, parents dropping children off at school, and those looking for a quiet place to work or study throughout the day.

The Bevels celebrated the Grand Opening of the Aledo store on October 4, 2016 – their son’s birthday. Everyone who came into any of the 3 locations got a $1 regular sized drink for saying “Happy Birthday Ray.” More than 750 people joined the Bevel family at the new Aledo location.

We look forward to supporting the Bevels as they continue to expand Cpl. Ray’s Coffee.