Through 10 Cents of Change, We’re Building a Home for a Honduran Coffee Worker 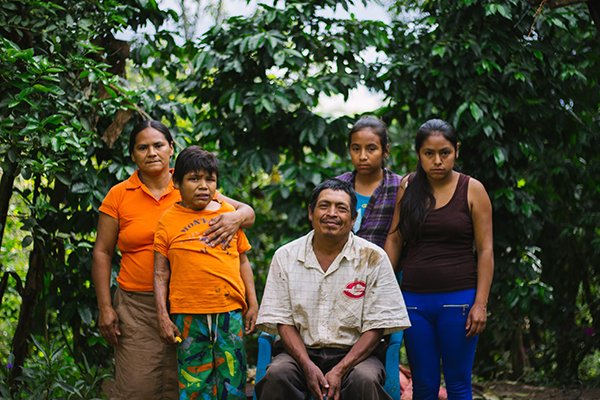 We’re excited to invite Ohio coffee lovers to join us in raising funds to build a house for a Honduran coffee worker and his family through our 10 Cents of Change campaign.

“We’re asking coffee lovers to donate a dime toward the costs of building a home for Jesús Lazo Lorenzo and his family,” said Founder and President Greg Ubert. Customers can donate their 10 cents at Crimson Cup Coffee Houses in Columbus and Tallmadge, Ohio and through participating independent coffee houses. Donations can also be made online through Serve Hope International, our in Honduras. Contributions will be accepted through December 14, when construction on the home begins. 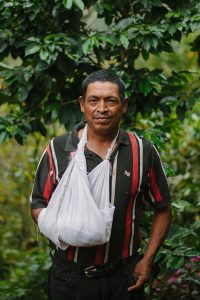 Through our Friend2Farmer direct trade program, Coffee Buyer Dave Eldridge works with local coffee farmers in Lazo’s village in Central Honduras. “We got to know Jesús, who picks coffee cherries for local farmers, and learned about his dream of building a home for his wife and children,” Eldridge said. “We were so impressed by his hard work and determination in the face of a series of personal tragedies that we decided to raise funds to build the house for him.”

Like most coffee pickers, Lazo works long hours for relatively low wages. He and wife Adelfia Girón have had six children together, with four still living at home.

After one of their sons suffered severe burns, Lazo took him to the United States for specialized medical care. Years later, the now 20-year-old son continues to struggle with severe mental and physical disabilities. Another child, born with hydrocephalus, passed away at the age of six.

“Medical expenses had already exhausted the family’s savings when, last September, Jesús had an accident with a machete that severed his hand,” Eldridge said. “Right now, one of his fingers doesn’t move, and he can’t work as efficiently as before. We want to create greater stability for Jesús and his family by giving them new home that they own.”

One hundred percent of funds donated through 10 Cents of Change will be used to purchase building supplies. On December 14, our cuppers, college students and Serve Hope International will use an estimated $3,000 in building supplies to build a home for the Lorenzo family.