Tired? Perk Up with a Coffee Nap 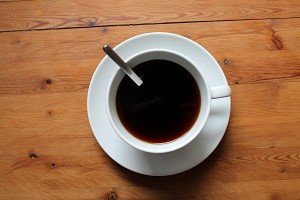 We’re always interested in the latest research on coffee and caffeine. But even we were surprised to find out that napping after drinking a cup of java maximizes its effects.

That’s the conclusion of new research into coffee and sleep, according to a story in the Daily Mail.

Scientists at Loughborough University in Britain found that tired test takers who drank a cup of coffee and immediately took a nap had fewer errors in a driving simulator than those who only drank coffee or only took a nap.

Another study found that coffee naps can help people go for long periods without regular sleep. In one experiment, 24 young men went without prolonged sleep for a 24-hour period, taking only short naps. The half who drank coffee before their naps performed better in tests than those who were given a placebo before their naps.

Scientists attribute the findings to the way that caffeine and sleep affect a chemical called adenosine. Accumulation of adenosine makes you feel sleepy. Naps reduce the amount of adenosine, and caffeine blocks adenosine receptors in the brain so you don’t feel as tired.

The caffeine in coffee takes about 20 minutes to reach your brain. When you awake from a short nap after drinking coffee, you feel refreshed from the sleep and stimulated by the caffeine.

This research gives new meaning to the concept of Power Naps!