Our third day started on a high note, visiting a coop that produced more coffee than the country of Papua New Guinea. Yes, you heard right, more coffee out of this one campus than the entire country of Papua New Guinea! We were greeted by the head quality control managers when we arrived to the facility. The cupping lab had thousands of samples from every lot of coffee that had made its way into the coop. There were around five people in the lab grading and approving the samples. The cupping lab was fairly plain but very effective. 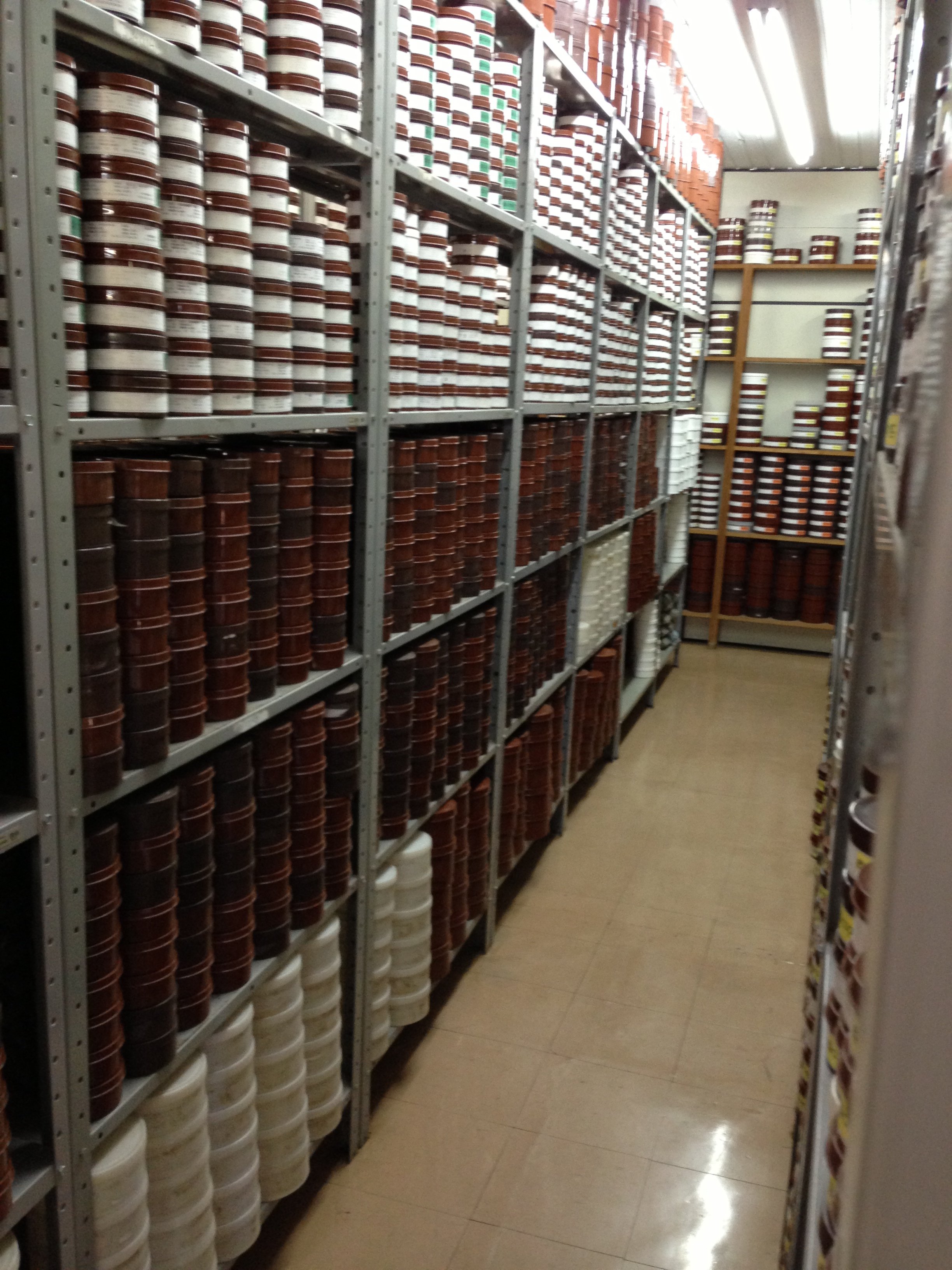 In the back of lab was a door that led to the rear buildings on the campus. The first building we approached was the drop off point for all of the coffee making its way into the packaging facility. Trucks would pull onto a yellow elevated platform that would rise to a 45 degree angle, dumping the coffee beans into the vacuum system which sprawled across the entire property.
After the coffee has been received, it is dried to the correct moisture content, and sent to the bagging building. They have two options when bagging the coffee; 1) 160lbs jute bags 2) one ton grain pro bags. The larger bags are becoming more popular with many large exporters being able to accommodate. This practice also helps reduce the amount of material needed to transport bigger quantities of coffee.

Once the coffee is bagged, it is sorted by quality and stored until the market hits a point where it is advantageous to sell. This was a reoccurring theme in Brazil, which causes many problems that the government tries to clean up by purchasing the low grade coffee at high prices. After seeing the entire operation, we got back in the vehicle and started our five plus hour trip to South America’s largest port, Santos.