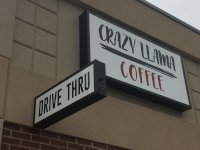 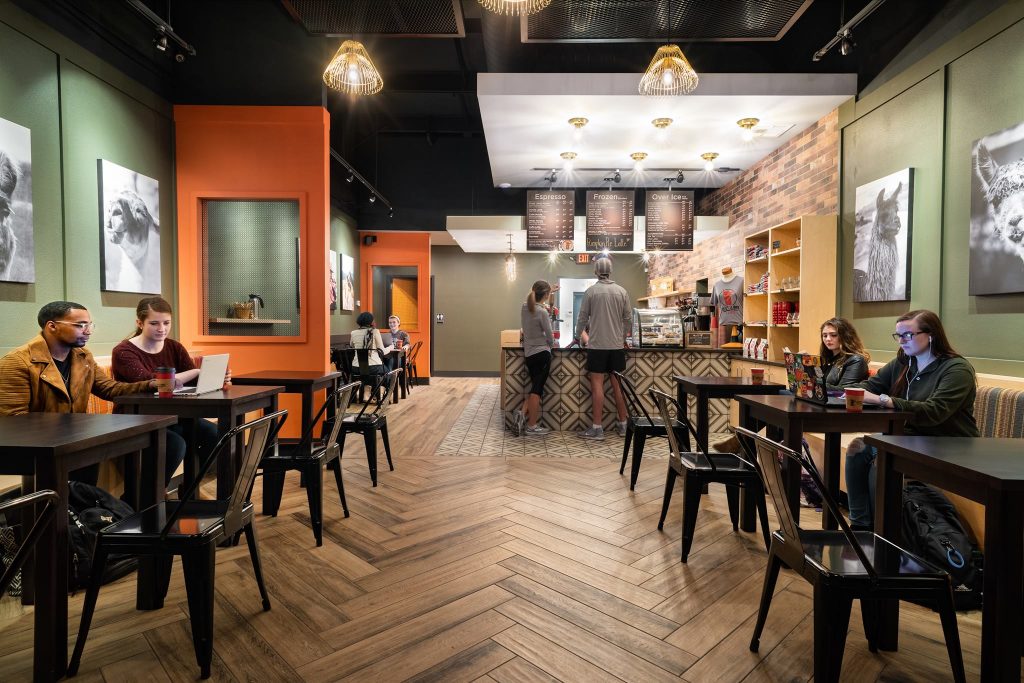 We’re excited to welcome Randy and Stephanie Miller and their team as a new Crimson Cup customer! They recently opened their Crazy Llama Coffee shop in Webb City, Missouri after they learned how to open a coffee shop through our 7 Steps to Coffee Startup Success franchise alternative program. 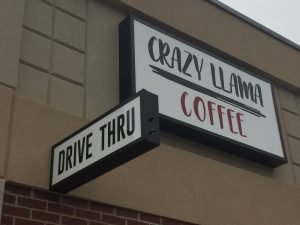 “We saw a big need and a big void for a great coffee shop in the Northern Joplin, Webb City and Carl Junction area of Missouri,” Randy said. “However, neither of us had coffee experience. To be successful, we knew we needed to find a great coffee supplier that would be a big hit with customers.”

Before deciding to open a coffee shop, Randy and Stephanie were both officers in the U.S. Navy. After their service careers, Randy worked as an engineer and plant manager in the manufacturing industry. Stephanie continues to work at Webb City High School.

The couple learned how to open a coffee shop through our 7 Steps to Success coffee franchise alternative program. The program is based on Seven Steps to Success in the Specialty Coffee Industry, written by Crimson Cup Founder and President Greg Ubert. 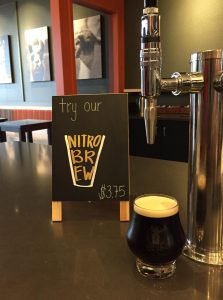 Stephanie said they found Crimson Cup via a Google search. “We ordered the 7 Steps book and read it the first night,” she said. “From there, we knew Crimson Cup was the right fit.”

As they worked through the 7 Steps, the couple found Step 1, “Focus on the Location,” most helpful in opening their coffee shop. “Finding the right location to be successful was extremely important,” Randy said. “You only get one shot at it and it has to be right. Fortunately we found a great location with a drive-thru in an area that had a big need for specialty coffee.”

We would really like to thank our team of “llamaristas” that worked their tails off to make that happen,” Stephanie  said. “They kept plugging away even when the inside line was at the door and the drive thru line was at the parking lot entrance all day long.” 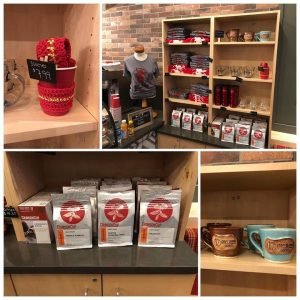 The couple credits Crimson Cup with a big contribution to their success. “Crimson Cup is part of our team,” said Randy . “The expertise they provide is invaluable. If there is ever a question, they are there to answer it in a timely manner.” 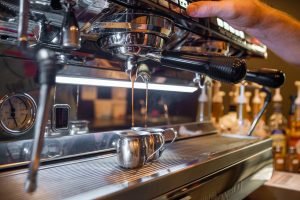 The signature Crazy Llama Mocha, which melds white chocolate and caramel sauces with espresso, has been a big hit with the Millers and their customers. Stephanie  also recommends the Jacked Up Llama, a frozen peanut butter mocha with protein powder.

She said local java lovers rave about the coffee, roasted by Crimson Cup. “Our customers say we have the best coffee in the four-state area,” she said. ”They can’t stop talking about our great coffee and nice atmosphere. People say it’s so much better than the coffee at large corporate chains!” The shop has a 4.9 rating on Facebook, with over 100 recommendations and reviews. 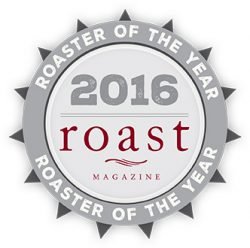 Crimson Cup coffee has been judged among the best in the nation. Our company was named 2016 Macro Roaster of the Year by Roast magazine, the flagship publication of the specialty coffee industry. Our Ethiopian Kossa Kebena coffee won a 2017 Good Food Award and is a finalist for a 2019 Good Food Award. Crimson Cup coffees have also brought home trophies and medals from the America’s Best Espresso competition and Golden Bean North America roasting competitions.

When asked for advice for aspiring coffee shop owners, Randy  focused on his partnership with Crimson Cup. “Listen to the advice of Crimson Cup and don’t try to reinvent the wheel,” he said. “They have years of success and know what they’re doing. They want you to succeed as much as you do.”

We look forward to working with Randy and Stephanie as they build their coffee business in the months and years ahead. Follow their Facebook page to watch them grow!

Categories Coffee
The Coffee Innovation College at NARSA Wins SCA Certification
How Much Does it Cost to Open a Coffee Shop?