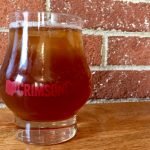 “Our beverage development team members at the Innovation Lab and coffee houses have outdone themselves with these new spring beverages,” said Founder and President Greg Ubert. “We encourage Columbus, Ohio coffee lovers to stop in and try one of these refreshing new beverages, which will be on the menu for a couple of months while supplies – and demand – last.” 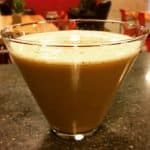 Cascara is a unique drink at the intersection of coffee and tea. Cascara, which means “husk,” “peel” or “skin” in Spanish, is made from the dried skins of coffee cherries. These pulped skins are collected after the coffee beans have been removed and then dried in the sun.

“One of the great things about cascara is that it offers a new use for the cherry peels, which are traditionally a byproduct of coffee production,” said Brandon Bir, sustainability and education director. “It has the potential to create a new source of revenue for coffee farmers, who remain among the world’s poorer farmers despite growing what is consistently the number-one cash crop.” 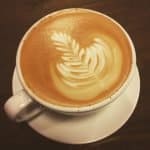 Steeped in water, cascara produces a fruity beverage with notes of rose hip, hibiscus, cherry, red current or mango. Although derived from the coffee tree, cascara packs a much softer caffeine punch than coffee.

Crimson Cup’s cascara tea soda combines this new beverage with white pomegranate tea and a mix of exotic spices to produce a light, refreshing beverage with a subtle and complex flavors that linger on the tongue. A regular-size soda sells for $4.25. 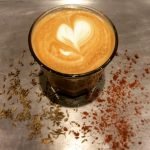 The nonalcoholic Citrus Rose Cocktail starts off with Crimson Cup’s Nitro Cold Brew, which is infused with nitrogen gas under pressure, and dispensed from a tap to produce a frothy beverage with the mouth feel of a fine milk stout. Crushed flowers, white pomegranate tea, orange bitters and a honey compound add sweetness and exotic flavor notes. Served in a tulip glass, a regular-size cocktail sells for $4.75. 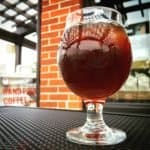 Colombia Inga Aponte Honey Craft Cold Brew is made from Caturra varietal coffee beans grown at elevations averaging 7,000 feet by descendants of the ancient, pre-Hispanic Incas. This elevation, combined with the nearby Galeras Volcano’s nutrient-rich ash, makes for an exceptionally complex and sweet coffee. A regular-size cold brew sells for $3.75.