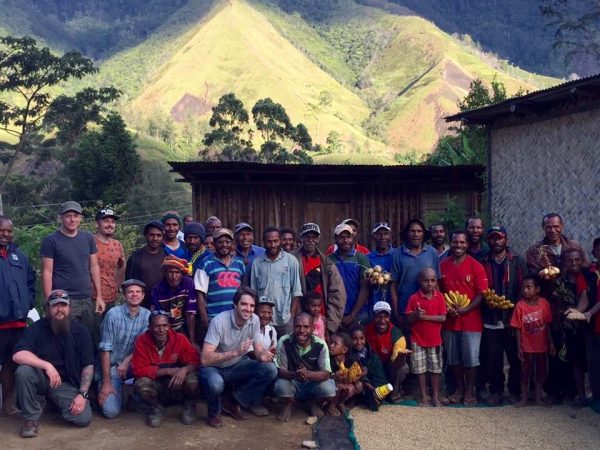 “Every coffee-growing country has a different culture, but PNG is unique. Small coffee farmers are extremely independent, making achieving transparency difficult,” Brandon said. “Our goal was to visit farmers, gain a better understanding of how they produce and export coffee and establish direct-trade relationships.”

Including a connection through Australia, it took him nearly a full work week to travel from Crimson Cup’s headquarters in Columbus, Ohio to Port Moresby, the country’s capital. From the capital, he flew into Goroka, a central highlands city that is the capital of PNG’s Eastern Province. 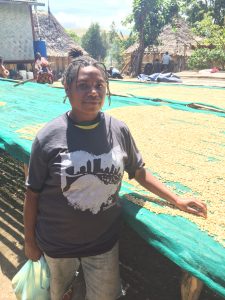 In Goroka, he met up with a local coffee exporter and Brian Kuglame, general manager of the AAK Brothers Umbrella Cooperative. AAK is a central organization tying together three coops across the Western and Eastern Highlands. The name for each individual cooperative – Apo, Anga and Konga – is taken from a word meaning brother in the local language. As Brandon learned, there are more than 850 local Papuan languages.

“We immediately cupped some coffees at a local exporter’s office,” he said. He also learned about PNG culture and how he should approach visits into the jungle to meet with coffee farmers. Over the next two days, he traveled to meet coffee farmers from the Goroka region.

“It was completely different from any place I’ve ever been to because of the tribal mentality,” Brandon recalled.  “The people were awesome! They greeted us in traditional garb and loaded us down with gifts of bananas, sugar cane and other fruits and vegetables when we left. Although they had Internet and a lot of modern amenities, their culture has retained much of its history and heritage, which made the visit doubly interesting.” 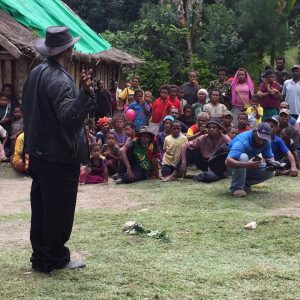 After visiting several farmers and collectors who gather and process coffee beans from individual farms, Brandon returned to the exporter’s office, where coffee samples collected on the trip were roasted.

“We performed a cupping the last day we were there,” he said. “I learned a lot about the grading system in PNG and how it can relate to the quality of the cup.”

“Before leaving, I conveyed our commitment to purchase coffee from the co-op through our Friend2Farmer direct trade program,” he added. “Our goal is to strengthen our relationship with the farmers and AAK and enhance their efforts to increase the quality of their coffee.”

We developed our Friend2Farmer direct trade program to ensure that farmers receive a fair share of proceeds from coffee sales. We pay an above-market premium to farmers, who can then invest in agricultural and community improvements. Crimson Cup coffee experts also collaborate with farmers on ways to improve the quality of the coffee and quality of live for farmers, workers and their communities.

When Crimson Cup receives the coffee in 2017, it will be used in our signature blends. We look forward to expanding our relationships with the coffee farmers of Papua New Guinea in the months and years to come.