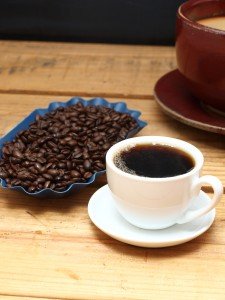 As if there weren’t already a host of reasons to love java, a new study by the American Cancer Society links drinking several cups a day with a decreased risk of dying from oral cancer.

In a study of 968,432 people who were part of the 26-year Cancer Prevention Study II, researchers found that participants who drank more than four cups of coffee a day were nearly 50 percent less likely to die from cancers of the mouth or throat than those who drank coffee only occasionally or not at all. The link held even when researchers took smoking habits and alcohol use into account.

While uncertain of the reasons behind the reduced risk, researchers noted that coffee contains antioxidants, polyphenols, and other compounds that may help to protect against the development or progression of cancer. Coffee is the number one source of antioxidants in the American diet, according to a University of Scranton study.

Other research has found coffee may lower the risk of Alzheimer’s disease, Parkinson’s disease, type 2 diabetes, gallstones and prostate, liver and endometrial cancers.

It’s great to know that something that tastes so good can also be good for you. Here’s to your health!