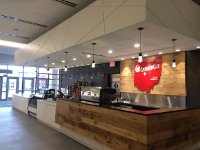 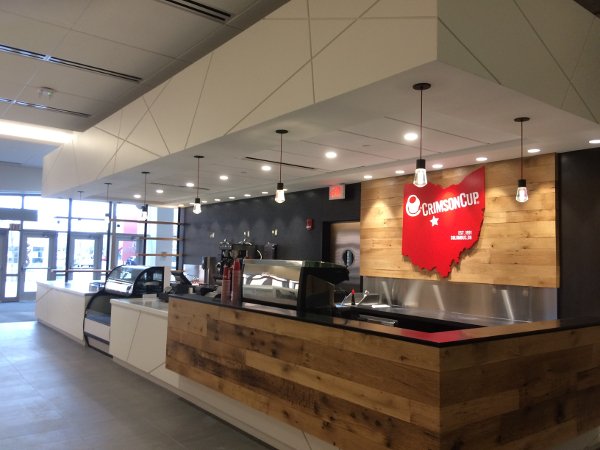 “Our convention center coffee bar is optimized to quickly serve coffee lovers on their way to Convention Center meetings and events,” he said. “Since space is at a premium, we designed the coffee bar with economy of motion and efficiency in mind.”

The Crimson Cup Coffee Bar is located in the Convention Center’s new Discovery Café, inside the west entrance between Exhibit Hall A and Exhibit Hall B. It serves a full menu of hot, iced and frozen espresso drinks – including mochas, lattes and cappuccinos – as well as iced coffee and tea, cold-brewed coffee, hot chocolate, fruit smoothies and other custom drinks.

Nitro is on tap to offer our growing selection of nitrogen-infused, cold-brew coffees and other beverages. “After we introduced Nitro cold brew to Columbus in 2014, demand has skyrocketed,” Greg said. “This effervescent iced coffee is infused with nitrogen under pressure and served from a keg tap – giving it the texture and mouth feel of a fine milk stout.”

A brew bar supports hand-poured craft coffees using Chemex, V60 and Kalita brewing methods. “For those who have a little more time, a hand-poured coffee extracts optimum flavor from our single-origin and craft coffees,” Greg said.

The Crimson Cup Coffee Bar will be open during Convention Center events.