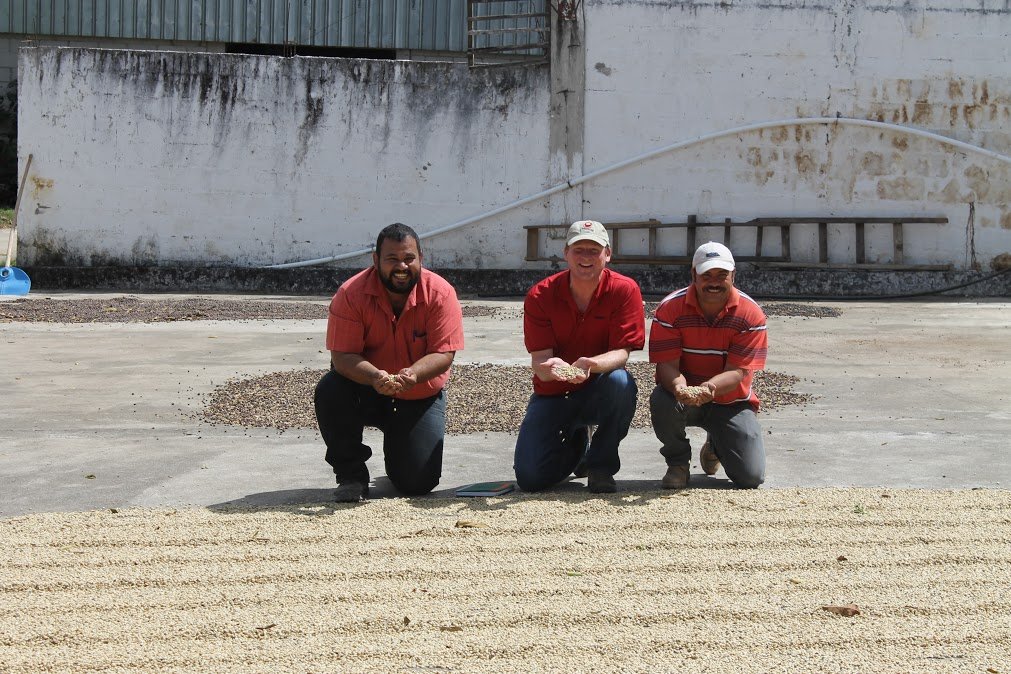 I love harvest season in Central America! In the third week of February, I departed frigid Columbus, Ohio with Greg Ubert, founder and president of Crimson Cup, for Oaxaca, Mexico, and began our hunt for great coffee. We visited several co-ops, cupped tons of coffee and got very little sleep.  I am always humbled by the hospitality and the openness that greets us in southern Mexico.

It is always tempting to make purchase decisions while at origin.  I find that it’s is best to wait until I have seen and tasted everything, return home and try it again.  I need to taste it with my water and in my usual environment.  More often than not, my tasting notes from the trip match my notes from the cupping lab at home pretty closely, but not always.

I am thrilled this year that we found such a nice coffee from such a great group of growers.  As I write this, our coffee is being loaded onto a boat and heading out to sea.  The coffee is from a woman-owned co-op named Coordinadora Productores de Cafe de la Sierra Norte from the town of Juquila Vijanos.  They called a town meeting for our arrival and served us coffee in accordance to their traditions.  Juquila Vijanos is an indigenous Zapotec community, and they shared their story with great pride. The community started growing coffee in 1932 and commercialized their harvest in 1940.  It wasn’t until the early 90s that they stared replacing other crops with coffee, hoping for the best for the years it took their coffee trees to begin producing.  What they were able to harvest came to be known as “God’s Coffee” within the community and for good reason.  I expect to take delivery of the coffee in mid-May. 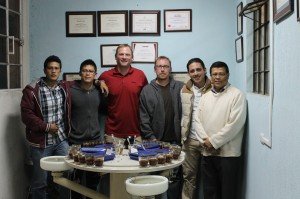 From Mexico Greg and I flew to Guatemala to visit friends.  Manuel and Jorge DeLeon Ovalle had just won first and second place in Guatemala’s cupping championship.  The brothers were preparing for the upcoming world championships by cupping coffees from every region of Guatemala.  We cupped everything we could then set out to visit farms with the highest-scoring coffee.  Guatemala is a beautiful country, and Manuel insists that his guests see it at very high speeds.  We met with many growers and are still firming up several micro-lots to purchase.

We have finalized the purchase of two containers of coffee from a small town called Olopa in southern Guatemala.  They had never meet roasters before (often the case for us during our travels), and the idea of direct trade was exciting and scary to them.  No growing community was better prepared to meet us than co-op Olopa.  The reigning Miss Olopa prepared a PowerPoint presentation full of community statistics and the impact of coffee on the wellbeing of the entire community, not just the growers.  This is why we engage in direct trade.  We can offer them a better price simply by cutting out a middle man.  Since we purchased 80,000 pounds of coffee from them, the difference in price adds up quick.

After saying our good-byes, I parted ways with Greg too and left for Honduras, where I met Stephan Erkelens of Axiom Coffee Ventures at the airport. We drove south to the community of El Paraiso to meet with the growers of Cafes Especiales El Paraiso.  Many of the growers had segregated some of their own coffee into micro-lots and asked if I would cup the coffees for them.  Of course I would, that’s exactly why I showed up.  However, in this case I was presented with 13 samples and 13 growers.  Whenever I dipped my spoon into a cup the grower of that coffee would approach me with a notepad and ask questions – no pressure.  I can honestly say that all of the cups held up well – and luckily so did my tongue.  One coffee stood out, and we will have it available early this summer.  I will return next year looking for more.

We had a great dinner with the growers, and they dropped us off at the Nicaraguan border. After walking across the border, we attended several meetings with growers and co-ops that night and the following day.  This was a completely exploratory trip.  Many of the coffees were excellent, but unfortunately they had sold for a sadly low price to some of the world’s largest exporters.  While this year’s crop was sold out, we’ll be back next year. Can’t wait!

We expect to reap the results of this buying trip over the summer months as harvested and processed coffees arrive in our roasting facility in Columbus, Ohio. Once the beans arrive, we’ll spend a few weeks roasting and cupping to create an optimum roast profile that highlights their origin characteristics before offering them for sale. Our goal is to showcase the farmers’ hard work by bringing out the best in each bean.